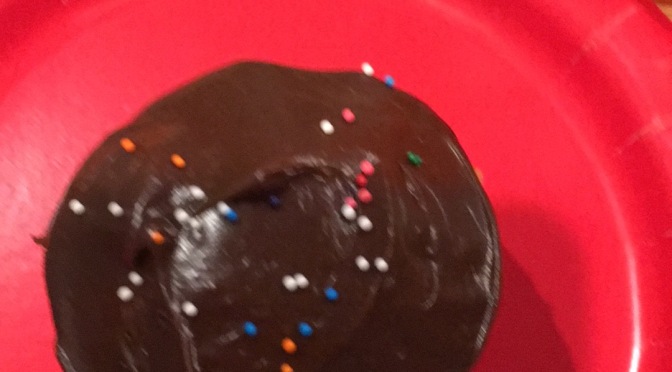 It is day thee of the friendship bread adventure. The Starter is doing well eating the sugar and flour and making carbon dioxide in the process. It just bubbling away. I transferred it to a zip lock bag and there is nothing to do but squeeze the bag now for a few more days. By the way, my wife thinks I’m nuts for starting this now.

Breakfast yesterday was easy. I toasted a bagel I got at 6am from the bagel place down the road. There are three bagel shops in this town but only one makes a decent New York City bagel. I had butter on mine and spread peanut butter on Jennifer’s. Lunch was nothing to speak of as I just picked up two roast beef sandwiches at the deli by work. I gave one to Jennifer and kept one for myself. I had plain potato chips, a Snapple iced tea and no pickle.

Dinner went well. It was the same meal as the night before, marinated skirt steak with all the trimmings. It was really good. This is best skirt steak I’ve had in a really long time, at home. For dessert, I wanted something different then ice cream. First, I wanted brownies, but alas I had no walnuts. I didn’t want brownies without nuts so I turned to the cake mixes. CUPCAKES! I thought. I searched for a can of chocolate icing next, being too lazy to make my own from scratch. That would be, as they say, a deal breaker. I found it-hidden among the cholates chips of all different sizes, shapes and flavors now. In addition to the frosting, there were all kids of nuts, everything expect walnuts. I held the last can of milk chocolate frosting in my hand and smiled widely; as I spotted the cupcake holders too. I went to work mixing up the batter with my electric mixer. Eggs, oil, water, yellow cake mix, ka-bam, batter! I poured the batter into a 4-cup liquid measuring cup to making filling the cupcake holders easier and faster. In no time, I had cupcakes in the oven. I did the dishes and turned on the dishwasher. Then just like that, they were done!

Now, have you ever waited for cupcakes to cool so you could frost them? It seems like they take for forever to cool! I waited and paced, like an expectant father in the waiting room. That does not happen anymore, now does it?! Nope, your ass, better be in that delivery room! (Tangent) Back.

The cupcakes were cool enough and I frosted them up. Hmmm. They needed something for a little pop, Nonpareils! I had a brand new unopened container of the little suckers and sprinkled some on top of the icing. Then I sent out some INSTAGRAM photos with the caption: “guess what I’m making?” I immediately received some responses. One of them was: Are you making cupcakes to bring into the office? Honestly, the cupcakes were for me, but, yes, I have them packed up and ready to go into the office this morning.

Well I’m off to work. If you’re just tuning in you can quickly catch up by reading about or better yet getting, the recipe for the starter here:

So much to cook so little time.